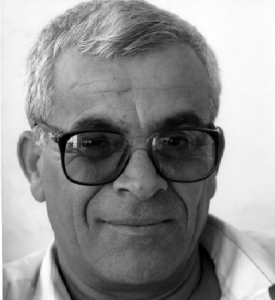 Hope Flowers School was founded by Hussein Ibrahim Issa (September 1947 – March 2000). As a Palestinian refuge, whose family house was confiscated in the 1948 war, he grew up in very limited and tough circumstances in al-Deheishe refugee camp south of Bethlehem. From early on, Issa was sensitized the deprivation faced by the Palestinian children and their families. Yet he was not embittered by his experience. Rather he felt motivated to work in every way to build conditions for peace with the other nations and to enhance the human rights of Palestinian people while concentrating on meeting the basic needs of the Palestinian children.

He established Al-Amal Child care center in 1984; as a response to those needs as he knew the critical need for childcare. He surveyed the West Bank area of west Bethlehem and south Beit Jala, areas already known to lack social services. Hussein knew from his background in social work and education the proven benefits of preschool education for young children. He knew from the refugee camps and other neighborhoods that nothing like it was already available, and he knew he wanted to serve them.

Al-Amal opened its doors with little more than good intentions and hard work – from “below zero”, as Hussein pointed out, with not even chairs at first. The initiative expanded gradually from Al-Amal Child Care Center until it became the Hope Flowers School in 1989.

In 1992, there was a major need to expand the school,  a piece of ground of 6500 square meters was bought in Al Khader village, 4 km southern Bethlehem and a modern school building was started to accommodate the growing number of children.